This time I will present some mini research about how smoking induces filter color changes. Experiment was following - I made cigarette filter photograph after each inhalation with camera. Later these filter pictures were processed with C++ program to determine filter average normalized opacity and how it changes with relation to inhalation number. You can download this C++ program which analyzes this effect from here. This zip includes C++ project itself and PGM pictures of cigarette filter shot after each inhalation. C++ project is simple - it just has following parts:

Basic effects as it should be of course is that with each inhalation filter gets darker and darker. I compiled 13 pictures into one to show this effect: 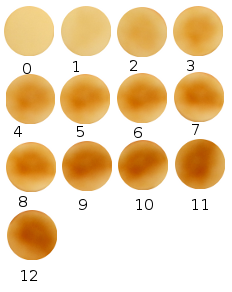 Number below each filter image represents inhalation number. In addition to visual appeal of this effect I made plot from the experiment data processed with C++ program. You can see this plot how filter opacity changes over inhalation number here: 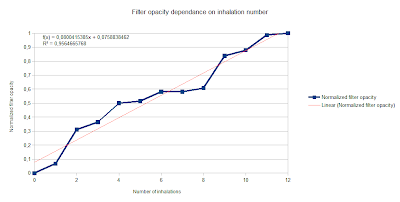 In this graph I added linear data fit. Linear data fit has R^2 of 0.95, so it seems that linear fit describes opacity changes pretty well. What is interesting that given relative filter opacity you can deduce how many inhalations was taken. I bet there can be more interesting ideas to explore which even further expands on research,- for example this effect should depend on filter quality. So basically some research can be done to explore how filter quality affects opacity effect. Which could be interesting to cigarette manufacturers. But that is just a guess. Also this effect should depend on filter structure, size, cigarette type, materials being used, inhalation duration, etc. For example cigarettes used for this experiment were with menthol capsule, so some additional effect arrived which relates how smoke propagates through menthol capsule. Also below is interesting picture about how cigarette filter looks like without smoking: 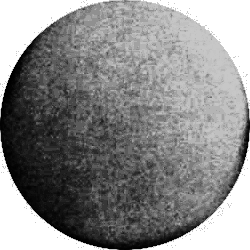 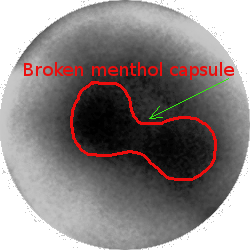 Some lines were added to indicate menthol capsule. It can be clearly seen that capsule has strait in the middle - it is the place where it was crushed with the fingers before smoking. Otherwise you will not get menthol taste :-) At first I haven't understood why such shape appears in almost all pictures. I thought that we get concentric darker zone in the filter middle just because somehow smoke propagates better through the center of filter. But for this being true, there must be some randomness in each filter picture, because you can't guarantee that in each inhalation smoke will propagate in the same way. But in contrary this shape was too clear and similar between all images. So just very determined situation can induce the same shape effect. Best explanation was menthol capsule effect. Maybe there are more explanations - I don't know :-) This is it. People who smokes can make similar experiment themselves. But I bet it is better not to smoke at all because not just the opacity of filter changes but there are more serious effects on health too. And this opacity effect shows indirectly this too, because the reason why opacity gets greater with each inhalation is that filter becomes more polluted with each inhalation. So you better stop smoking :-) Regards, Agnius
Posted by Agnius Vasiliauskas at 11:40 AM